Recently, the CBC in Canada has reported on a case where a man in British Columbia was charged, twice, for refusing to provide a breath sample. Read the article HERE.

​Without reviewing his medical records, certainly a definitive conclusion as to his ability to provide a sample cannot be made.

However, the ability to provide breath sample suitable for analysis can be impacted by a history of COPD, and in certain cases, the size and stature of the individual being tested. The person's lung function is measurable, and the likelihood of sample provision capabilities can be established.

We will report more on this story as it unfolds. Stay tuned... In the meantime, here is the article on COPD and breath testing originally published in Volume 2 of Counterpoint in April of 2017 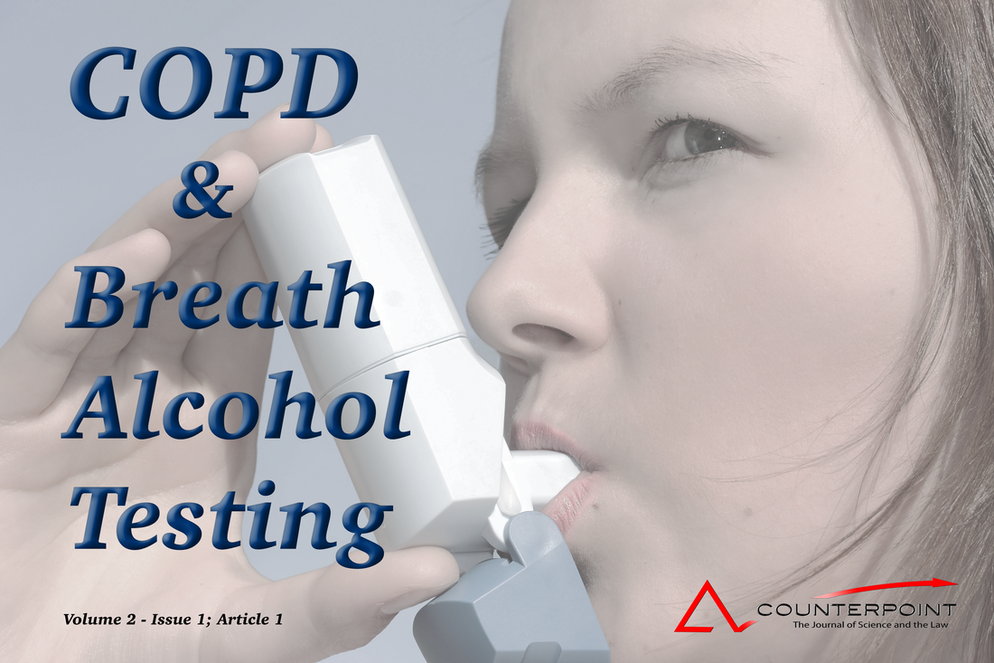 First: What is COPD?

Signs and Symptoms of COPD

They found that, in some cases, a person with a Forced Expiratory Volume over 1 second (FEV1) greater than 1.5 and a Forced Vital capacity (FVC) greater than 1.75 was able to provide a sample. However, often the person could not complete the sampling requirements, as they ran out of exhaled breath. 45% of the patients tested could not maintain the exhalation flow sufficient to provide a sample suitable for analysis.
Starting in 1989, I participated in a study on the ability of people with COPD to provide a breath sample into a breath alcohol device (CHEST, 1991). We utilized the FVC values of 3-5 litres as "normal". In comparison with these FVC values, our study was conducted on severely affected patients with a long-term history of asthma or COPD. Yet, only 3/102 were unable to provide a suitable sample. Some of the patients studied, it should be noted, were during actual or artificially induced asthmatic attacks, and still able to provide samples.

My advice to you is to find and read the studies listed in the For Further Study section, below.